Don DePriest passed away January 9, 2021 at Saint Anne’s Hospital in Fall River, Massachusetts. He was 74 years old. Don battled cancer for three years and died peacefully while surrounded by loved ones at the time of his death. Don was born in San Juan, Puerto Rico, to Osby DePriest Sr. and Avis Williston DePriest. Don was raised in Oak Bluffs, Martha’s Vineyard, by his mother, with his three brothers Robert Williston, Osby DePriest Jr. and Ashley DePriest. He graduated from Martha’s Vineyard Regional High School in 1964. 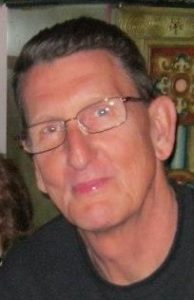 He had exceptional mechanical abilities and a special talent for building fast race cars. He was an expert mechanic and passionate about auto racing and fine-tuning his race cars and motorcycles to go faster. According to his friends, he always had the fastest cars and motorcycles on Martha’s Vineyard. He was known on the Island for winning drag races and building cars that some of his friends still talk about to this day (for example, an Opel with a Buick engine that never lost a race). He entered some in car shows and transported them to raceways and drag strips all over New England and beyond for competitions. For years, he also raced open-wheeled modified cars at Seekonk Speedway and other tracks in the region. Most recently he found great pleasure in a “7-second” car he built with his son, Tommy DePriest. With Tommy behind the wheel they raced at New England Dragway, frequently joined by friends and family. He even participated in a 2017 NHRA national drag racing event.

Don was a Judo instructor, in his earlier years, and coached a team who competed in martial arts tournaments. He had a love for the ocean and venturing out to sea. He enjoyed sport fishing, family gatherings and many other adventures with his extended family, the Ainsworths of Westport, Massachusetts. He also loved spending time with Al and Tilly Ainsworth at their home on the Westport River.

He worked as a mechanic and commercial fisherman out of Westport and New Bedford for many years. Don operated a commercial fishing vessel which he took great pride in. He also worked for 16 years and retired at the Titleist Ball Plant in the New Bedford area.

Don had a 30 year-long relationship with Clare Camara who he lived with in New Bedford for many years. Clare along with friends and family drove him to many of his medical appointments and also took loving care of him. Don was a devoted father to his sons and always stressed the importance of spending time with family.

Don leaves behind his son Troy DePriest and Monica, son Tommy DePriest and Katie, his long-time partner Clare Camara, her son Justin Camara, brother Ashley DePriest, and numerous nieces and nephews. A private memorial service will be planned at a later date pending the status of the ongoing COVID-19 pandemic.

Arrangements are being made by Potter Funeral Home, 81 Reed Road, Westport, MA 02790.