Robert B. Dayton Jr. (“Bob”), 93, of Williamsport, Pa., passed away on Thursday, Dec. 31, 2020 at the Gatehouse of Divine Providence Hospital. Surviving is his loving wife of 69 years, Rosemary (Berkheiser) Dayton. 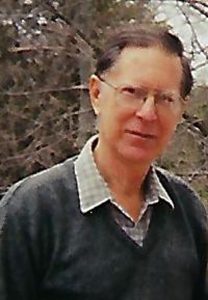 Born April 24, 1927, in Williamsport, he was a son of Robert B. Dayton Sr. and Marion (Hebden) Dayton. Bob attended Williamsport High School, but left in his junior year to join the merchant marine in 1945, where he served as a radio officer on cargo ships carrying military supplies to various ports in Europe, and later bringing troops back home. He obtained his training in radio communications at Williamsport Tech, a division of the Williamsport High School where a special department was set up to provide this specialized training at night, after normal class hours.

After leaving the merchant marine in 1947, Bob attended Dickinson Seminary, now Lycoming College, to get his GED. From there he attended the University of Michigan, and obtained his bachelor of science degree in marine engineering and naval architecture. Upon graduation he went to work for the Electric Boat Company division of General Dynamics in Groton, Conn., in the design department, working on the design of the first nuclear submarine, Nautilus. After about six months at Electric Boat, Bob was drafted, and spent the next two years in the Army, stationed at Fort Eustis in Virginia. After leaving the Army, he returned to Electric Boat, and spent the next 10 years working on nuclear submarines. During his tenure at Electric Boat, he attended Massachusetts Institute of Technology to get his master’s degree in marine engineering and naval architecture.

Bob and his family returned home to Williamsport in 1977, and formed Dayton Engineering, doing consulting work for a company in the Washington, D.C., area and land surveying and engineering locally.

He worked as a volunteer with Habitat for Humanity, building new houses in the Williamsport area. Much later, while in his 80s and 90s, he joined a group of older men known as the “over the hill gang,” building furniture for sale at the Habitat for Humanity ReStores. The money from these sales helped fund the building of new houses.

Over the years, Bob and his wife have bought and renovated over 14 houses, buying principally houses that needed work. Many of the houses they lived in while raising their family, and working on weekends. The most recent is a large brick mansion in the Williamsport area known as the Maples, built in the 1840s, with an interesting local history.

Surviving in addition to his wife are two daughters, Abby A. Armstrong of Oak Bluffs and Elizabeth A. Dayton of Columbus, Ohio; a son, Jeffrey R. Dayton, of Montoursville, Pa.; and three grandchildren, Chris and Brett Armstrong, and Jennifer Toner.

In keeping with his wishes, services will be held privately at the convenience of the family.

In lieu of flowers, memorial contributions may be made in Bob’s name to a charity of the donor’s choice. Arrangements are in the care of the Knight-Confer Funeral Home (knightconferfuneralhome.com).

The post Robert B. Dayton appeared first on The Martha's Vineyard Times.