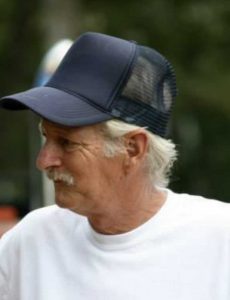 Bradford James Fauteux died on Dec. 1, 2020. “Uncle Brady” left us on Dec. 1. Bradford James Fauteux was born on the Island on May 2, 1949 to Raymond “Frenchie” Fauteux and Leona (Gazaille). He had eight siblings in his large family. As a kid he started friendships that lasted a lifetime. His group of friends would walk to the beaches, movie theater and to sporting events at the high school. That’s what kids did back then; with very little traffic on the road, you wore your sneakers out if you wanted to go anywhere. After school, Brady decided to just join the army, to avoid the draft. Traveling to countries like Germany and Holland were some of his fondest memories. Again, he connected with other service members and cemented friendships that carried on long after military service.

Back home, Brady worked in construction. First for Herbert Hancock, then for 31 years with his brother-in-law Frank Flanders. Always taking pride in doing things right, he put his touch on many Vineyard homes. No matter the project, from outside decks to bathroom and kitchen remodels, Brady could be counted on to lend a hand to his family members’ homes as well. If it was a family birthday or graduation, Uncle Brady was sure to be in attendance, with a cold brew in his hand. Always smiling, and that special infectious laugh. On the weekends he tinkered with automobiles and tractors, mostly with brother-in-law and best pal Dougie. Starting on Friday, the weekend afternoons always ended with a trip down to the “Lounge,” where he was a proud member for over 30 years. The duo, including K9 friend “Chevy,” were a staple, driving Island roads.

For many years Brady enjoyed winter trips to Florida with Doug and Diane. The summers were spent on Island waters fishing and overnight stays aboard the “Place to Hide,” one of the cabin cruiser boats in the family. A yearly two-week stay in Maine, to visit close friends Tom and Deb Huddleston, were times he cherished.  Although he never chose to marry, Brady held several lady friends dear to his heart throughout his life. They would often comment that he certainly was “a good guy” or “always a gentleman.”

Brady is survived by brother Raymond and his wife Margery Fauteux, his sisters Glenda Medeiros, Vivian Flanders and her husband Franklin Flanders, brother in-law Douglas Batten, sister in-law Elizabeth Fauteux, sister in-law Susan Fauteux,, and way too many cousins, nieces and nephews to name. A special thank you to Jess for being the comforting smile and presence.  He was predeceased by brothers David, Gary, Henry, Richie and his beloved sister Diana.

Graveside service will be private because of Covid-19 but we will gather for a celebration of life when safe to do so.