Charles Henry Minnich III (“Chuck”), of Edgartown and Naples, Fla., passed away peacefully on Saturday, Dec. 12, 2020, at the age of 76, after a 10-year battle with Alzheimer’s disease. 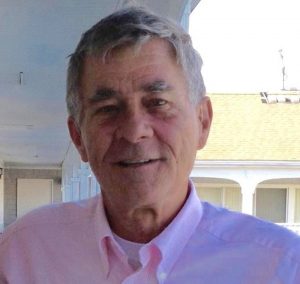 After graduating as valedictorian of his high school class, he continued on to Middlebury College, and then Boston University, where he received his MBA. For 20 years Chuck and his family lived in Weston, where he worked in the high tech computer industry. In 1989, Chuck and his family moved to Martha’s Vineyard, where he created and founded Island Lawn & Garden, Inc., a still thriving landscape company.

In lieu of any flowers or gifts, please make a donation to the Alzheimer’s Support Network that helped so much, at support.network, and click “donate” under the Select Page menu. A memorial for Chuck is planned in the summer on Martha’s Vineyard.