Paul Edgar Konig of Edgartown, formerly of Arlington, passed away peacefully, surrounded by his family on Dec. 13, 2020, after a brave battle with pancreatic cancer. 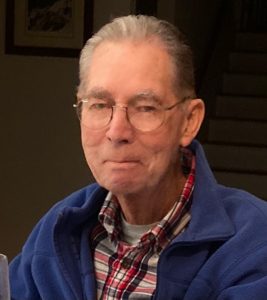 Originally from Somerville, Paul moved to Arlington after he was married to raise his family. He was an Eagle Scout, and a proud veteran who served in the U.S. Marine Corps. A 60-year member of the International Brotherhood of Electrical Workers, he was involved in the completion of several large Boston construction projects, including the MBTA rail lines, the Big Dig, and the Deer Island Treatment Plant. He and his wife Joanne, longtime Vineyard summer residents, retired to Edgartown, where they enjoyed gardening, the beach, and spending time with their 10 grandchildren. A jack-of-all-trades, he always had a project to keep him busy. He had a wealth of knowledge, and his family often looked to him for advice. In his later years, he was an avid reader, and enjoyed traveling.

He was preceded in death by his beloved wife of 50 years, Joanne Venuti Konig, and is survived by his three daughters, Katherine Forbes and husband Frank of Hingham and their children, Jack, Frankie, Julia, and Paul; Elizabeth Konig and husband Carlos Melero of Wayland and their children Carlos, Marina, and Marco; Christina Konig and husband Steven Bergantino of Ridgewood, N.J. and their children Sophia, Juliette, and Charlie; by his his sister Mary Lou Flynn of Manchester, Vt. He was also preceded in death by his brothers, Albert and Richard Konig, and his parents, Albert and Mary Konig. Paul also leaves behind dear friend Barbara Gold.

Services will be private. In lieu of flowers, donations may be made in Paul’s memory to hospiceofmv.org/donations.