Frances Marjorie Slonim Curtis Barnhart, 83, of Roanoke, Va., and Solon, Maine, died peacefully in her home on Wednesday, Dec. 2, 2020. Frances is the beloved sister of Nancy Slonim Aronie of Chilmark, and a frequent visitor to the Island, where she occasionally co-facilitated Writing from the Heart workshops with Nancy. 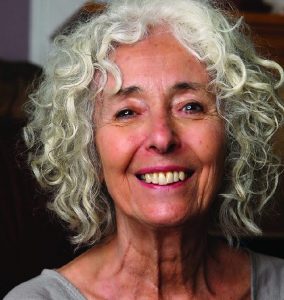 She was a painter, a poet, and the author of two books, “The New Woman Warriors Handbook: Not for Women Only” and “The Beauty of Impermanence.” She attended Boston University, and in 1970 was ordained as an interfaith minister. She was a social justice activist. In the early ’60s, Frances was among a small group of women artists in New York City’s Lower East Side where she painted, created happenings, and collaborated with artists she met at the iconic Cedar Tavern. In Maine she opened a free store, and was an advocate for women’s healthcare.

In lieu of flowers, memorial contributions may be made in her name at farmersfootprint.us.